This is an updated version of a post originally published on October 5, 2015. We’ve added new stats that reflect the remote environment in 2020 to keep this list fresh and relevant for employers and job seekers interested in remote work.

The same Stanford University research concluded that people who worked remotely were less likely to leave the company for other employment. The study found there was an overall 50% decrease in attrition among home-based workers.

3. It decreases sick days and employee time off.

Some employers question whether the sick day is becoming passe, given that remote workers seldom “call in sick.” But the upside for home workers is that they may be less likely to become sick in the first place, since they’re not exposed to germs from a shared office space. The federal Centers for Disease Control recommends staying home if you’re sick, so remote workers are already ahead of the game.

If you’re looking to improve your company’s diversity, building a strong remote team can help you meet your goals. Because the talent pool for remote workers is truly global, the opportunities are exponentially greater to find talented workers who vary in gender and gender identity, race, ethnicity, abilities, and geographic location.

5. It reduces costs for employers.

In 2018, there was an estimated $5 billion in cost savings for U.S. companies with employees who worked remotely—and that’s just counting part-time workers. In general, embracing remote work options can help employers reduce or eliminate overhead costs, including real estate and operating expenses. The average real estate savings for employers with full-time remote workers is $10,000 per employee every year, according to stats from PGI News.

6. It reduces costs for workers.

Remote workers can save about $7,000 a year on average, according to remote worker stats figures from TECLA, a global IT recruiting company. The bulk of those savings comes from reducing or eliminating the cost of commuting, food, clothing, and child care.

Figures from OWLLabs in 2019 show that people who work from home at least once a month are 24% more likely to report feeling happier and more productive at their jobs. Factors like no commute and greater control over work environment and schedule play big roles in helping remote workers feel less stressed about their jobs.

8. It can help close the gender gap in technology.

There’s been a stubborn gender disparity in the technology industry, even more so than in other sectors. However, a recent U.K. study found that the gender gap in tech could be lessened by offering remote work options. Some 76% of women surveyed who work in technology said a remote work option is increasingly necessary to attract and maintain females in the tech industry.

9. It can prolong the careers of older workers.

More than half of workers over age 50 are likely to be out of a job at some point in their career, a stark fact reported by the Urban Institute and ProPublica. The good news is that remote work can have a positive impact for older workers who keep their skills current when it comes to evolving technologies and remote work models.

10. It benefits the environment.

Telecommuting’s environmental impact has been well-documented, from decreasing greenhouse gas emissions due to less commuting, to improving air quality, especially in urban areas.

11. It increases the employee talent pool.

Employers offering remote options often open their positions to qualified workers from around the world—in other words, the pool of potential candidates is location independent. And it’s especially important among younger workers, with some 68% saying remote options greatly impact their decisions whether or not to work for a company, according to a Fundera report on work-from-home statistics and according to FinancesOnline: Remote workers are 13% more likely to remain in their current jobs for the next five years compared to non-remote workers.

12. It’s an in-demand benefit for workers of all ages.

Although younger workers like millennials and members of gen Z seek remote work flexibility, it’s actually a job benefit that workers of all ages are demanding. Some 73% of all teams will have remote workers by 2028, according to a report by Upwork. The demand by younger workers will “lift all boats” by making working from home increasingly commonplace.

14. It benefits personal and family relationships.

15. It can improve mental and physical health.

Findings from the American Psychological Association show that employees who have “control over work can reduce stress and enhance motivation and growth.” Workers who have control over their schedules report finding time to exercise more, eat better, and have higher morale and a better outlook in general.

While some industry sectors like IT have long hired for remote jobs, the phenomenon is expanding to other fields that have not been known for having remote workers, according to a Business Insider report. Industries including legal, marketing, project management, real estate, insurance, and nonprofits are joining the remote worker movement.

A 2019 report on the State of Remote Work by Buffer concluded that “remote work is here to stay.” The survey of nearly 2,500 remote workers found that an overwhelming 99% said they wanted to work from home, at least some of the time, for the remainder of their careers. A Forbes report called remote work “standard operating procedure” for 50% of the U.S. population.

ConXhub is the perfect communication tool for remote workers. There is no equipment to set up as the service works on the users mobile phone allowing them to make and receive calls from their work numbers while keeping their personal mobile number 100% private.

It works on any smartphone and there is no need to change SIM, phone number or phone operator www.conxhub.com 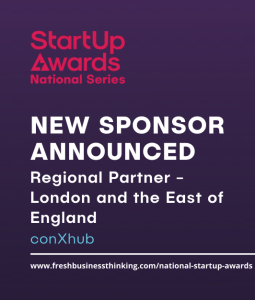 Why we support Start-Ups 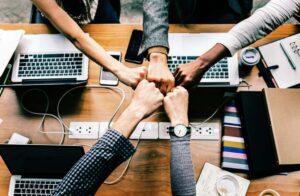 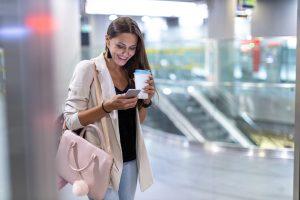 Home Phone on Your Mobile