You Won't get Sacked for Buying an IBM - ConXhub

You Won’t get Sacked for Buying an IBM

As the saying goes, “you won’t get sacked for buying an IBM” and it refers to decision makers sticking with the old and not “risking” embracing the new.

It makes sense, it is safer and easier to stick with the old, and justifying that with; ‘we have always done it this way, and it works fine’, is a natural tendency!

What if we had all stayed with IBM, if we had all taken the safe road, then we would not have Apple or Amazon or thousands of other companies and products which have benefited businesses by saving time, money or resources.

Early adopters are a breed apart, they spot new technology and are not afraid of taking risks to potentially improve their own business processes and systems.

Early adopters tend to be the most influential people within any market space and they will often have a degree of “thought leadership”.

Early adopters will normally have a reasonably high social status, reasonable access to finances, high levels of education and a reasonable approach to risk and tend to make reasoned decisions as to whether or not to become involved in a particular product.

As a result an early adopter will ‘steal a march’ over their competition, by having additional capabilities or money saving opportunities by virtue of their adoption of new technology.

If you are NOT an early adopter you will fall into the category of; ‘Early Majority’, ‘Late Majority’ or ‘Laggard’.

At ConXhub we respect that not everyone is an ‘Early Adopter’ and that when it comes to a company’s telecoms it is really risky stuff to mess around with, especially when it comes to changing providers.

That is why we have a Guaranteed Risk Free option.

ConXhub is a completely new and evolutionary technology, which works in conjunction with mobile phones freeing employees from their desks and helping embrace the remote and flexible work arena.

Companies can sign up for a ‘Risk Free Trial’ and none of their existing infrastructure needs to change – so if after the trial they don’t want to continue, they simply stick with the old.

Let’s say you want to set up a small team to pilot ConXhub.

Absolutely nothing gets changed with your existing infrastructure and to cancel the trial and to revert back…. simply cancel the call forwarding of your phone number!

Nothing could be safer and we know that once your employees start using ConXhub there will be no going back…. as one new client told us; “If I asked my team to go back to Desk Phones they would shoot me”

So yes, you could stick to your ‘IBM style’ phone system, or you could kick the tyres of something new – give ConXhub a whirl, you won’t regret it.

How to fax from your iphone. Yes, it is a thing (still)

Virtual Meetings: How to run a good Post-Pandemic meeting 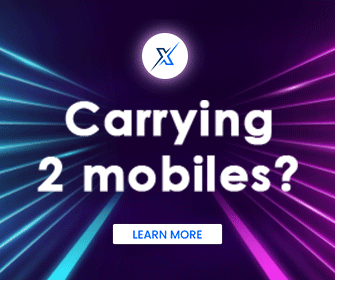